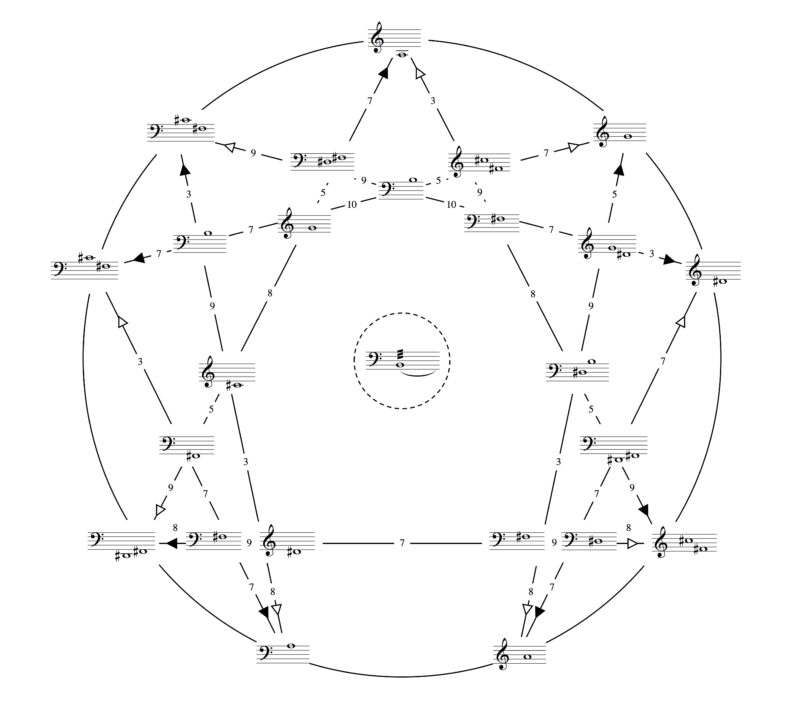 Gharib̄ is a forthcoming series of sound works connected to sonic dissent and the idea of dissonance outside of Western musical traditions. Gharib̄ is a word that permutes the locales and temporalities of the broader Middle East and Levant region. As a one of the rare shared words between Arabic, Armenian, Farsi and Greek languages, it denotes a sense of belonging and estrangement, while evoking modes of exile, foreignness and migration. At the same time, it has long been associated with the underground, clandestine activities of music making, illegal social clubs, early psychotropic substance trade, and political dissent. While its direct translation means “strange” or “uncanny”, its implications are different from its Western counterpart unheimlich. Gharıb̄ is very much of place; it is defined by its entrances and arrivals as much as by its exits and departures. (Michael Pifer)

“Sometimes a single word is enough to raise up an entire universe – gharib̄ – a conceptual passcode that can align an otherwise horizontal configuration of obscure stories and ideas collected for centuries into a stronghold that has no right to exist, a zone that is like no other because it can somehow combine the experiences of ecstasy and obscurity.” – Jason Bahbak Mohaghegh

In the Gharib̄ series, the idea of sonic dissent, dissonance as a historiographic phenomenon, and the relation between tuning, tension, and time is studied through newly designed resonating objects, large-scale composition, and a collection of electronic tracks. Esoteric tuning systems, found sonic objects, songs of illicit origin, mistranslations, aural fabrications, and scores that notate both music and digestive tracts all form the fabric of this upcoming body of work. A part of these works is based on the writings of the Armenian-Greek mystic and composer G.I. Gurdjieff who was one of the first thinkers (and quite possibly charlatans) to introduce a syncretic idea of Eastern philosophy into the West. Gurdjieff’s unique way of teaching was based on an esoteric blend of Middle Eastern, Buddhist, and Dervish philosophies, and oscillated between a genuine search for enlightenment and a complex form of trickery. While he wrote numerous books and musical scores, he stayed a rather enigmatic and conflicting figure among his contemporaries, which were both enchanted and confused by his constant fluctuation between mystical appearances, bizarre coincidences, and bouts of simultaneous drunkenness and sombreness. Among many interests of his were digestive systems, heavenly harmonies, codified notions of “the Idiot”, ritualistic dances, search for the Truth, search for inebriation (both toxic and divine), ancient magic, and enchanting repetitive music. Gurdjieff’s figure, musical ideas, and writings take an important role in the Gharib̄ series.